A retired police officer, Josh Hayes is the author of Edge of Valor, Stryker's War (Galaxy's Edge) and The Terra Nova Chronicles w/ Richard Fox, along with numerous short stories.

Ever since he watched his first Star Trek episode (TNG not OS), Josh has loved science fiction. Watching it, reading it, and writing it. He grew up a military brat, affording him the opportunity to meet several different types of people, in multiple states and foreign countries. After graduating high school, he joined the United States Air Force and served for six years, before leaving military life to work in law enforcement. During his time with the Wichita Police Department, Josh served as a patrol officer, bicycle unit, community policing officer and was an assistant bomb technician on the Bomb Squad.

His experiences in both his military life and police life have given him unique glimpses into the lives of people around him and it shows through in the characters he creates.

Josh is also the creator and president of Keystroke Medium, a popular YouTube show and podcast focused on the craft of writing. 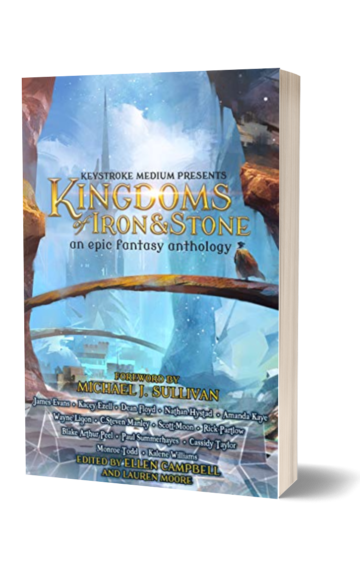