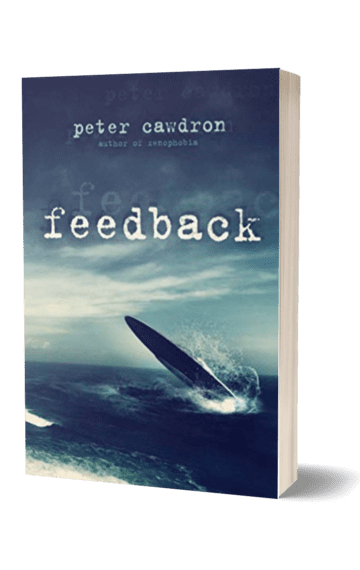 Twenty years ago, a UFO crashed into the Yellow Sea off the Korean Peninsula. The only survivor was a young English-speaking child, captured by the North Koreans. Two decades later, a physics student watches his girlfriend disappear before his eyes, abducted from the streets of New York by what appears to be the same UFO. Feedback will carry you from the desolate, windswept coastline of North Korea to the bustling streets of New York and on into the depths of space as you journey to the outer edge of our solar system looking for answers.