Earl Emerson has been publishing mysteries and thrillers since 1985. He is best known for his Thomas Black private eye series set in Seattle. He has also written a number of thrillers with fire department backgrounds. Earl was a firefighter in Seattle for over 32 years. His books have been nominated for the Edgar Award for best mystery of the year and he’s won the Shamus for best private eye novel. Black Hearts and Slow Dancing was named one of the ten best thrillers of the year by the New York Times.

He lives in North Bend, Wa., with his wife and their emergency back-up cat. 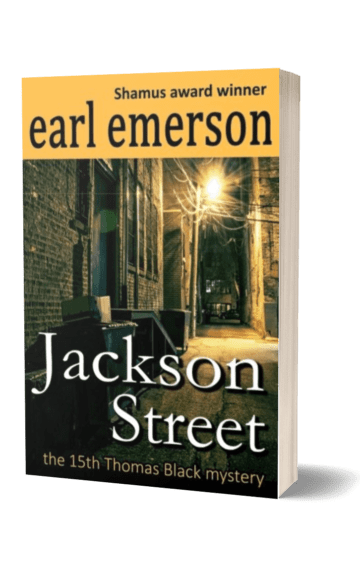