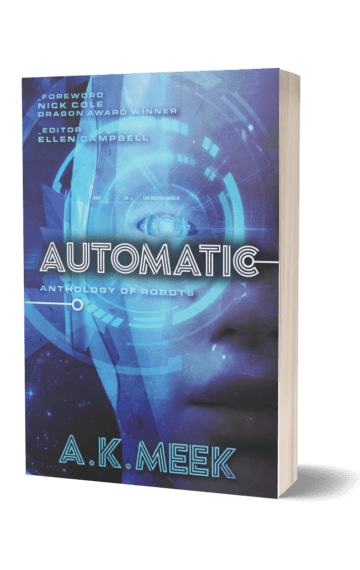 Androids are the social elite; they’re the rock stars, the A-list actors, the CEOs. They’re the modern day gods, and everyone wants to be like them. And with emotion chip upgrades, they’re more like us than ever before.

Eleven short stories tell of an uncertain future with robots living at our sides.