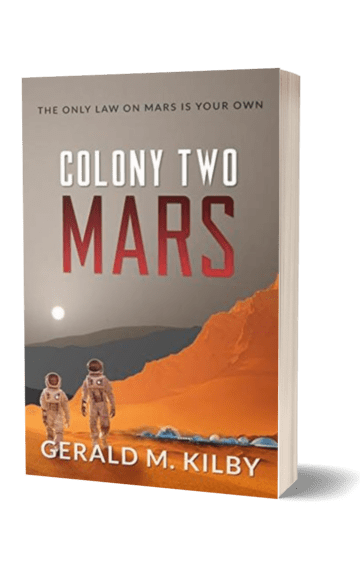 The sole survivor of the ill-fated ISA mission is now stranded on Mars. Having been designated a bio-hazard by Earth, any hope of returning home is all but gone. She is alone, isolated, and abandoned.

That is, until another human shows up in the main colony airlock. However, he’s barely alive and soon dies without regaining consciousness. More disturbing though, a DNA test identifies him as a colonist who has already died, several years earlier — impossible as that may be.

Nevertheless, there is only one place he could have come from, the mine on the far side of the Jezero crater — Colony Two. An outpost they had presumed was long dead. But if he survived, maybe there are others still alive?

She now has no choice but to attempt the dangerous journey across the crater to investigate. Because if she doesn’t find some answers soon, her only future is to die alone on Mars.