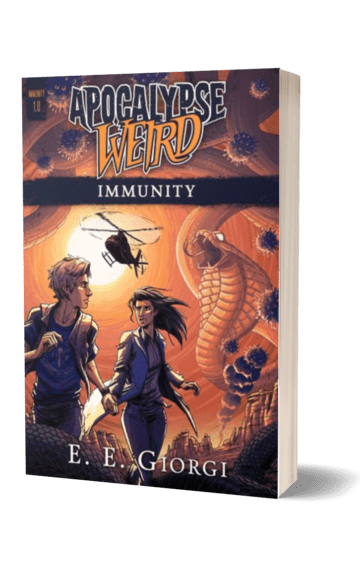 Greed, mayhem, and a deadly virus meet on the high deserts of New Mexico

Scorched by fire and the longest drought in recorded history, survivors flee the Land of Enchantment in order to escape a mutated flu virus that turns ordinary people into mass-murderers. Only a few resilient scientists have remained, gathered in one of the last national laboratories still working on a vaccine against the deadly virus.

When the disease starts spreading among the military corps guarding the premises, the laboratory turns into a bloody carnage at the hands of the infected soldiers. Determined to succeed where her mother has failed, immunologist Anu Sharma pairs up with computer geek David Ashberg to find a cure and escape the massacre.

Outbreak meets World War Z in the deserts of the Apocalypse Weird.