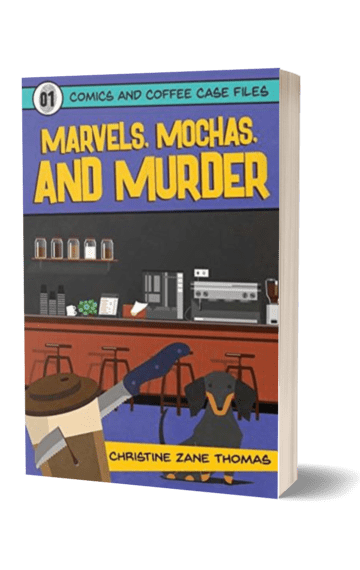 When Kirby Jackson’s friend Ryan is found dead in the comics and coffee shop the two co-own, Kirby quickly becomes suspect number one.

Perhaps things wouldn’t look so bad had Kirby not been planning to cut Ryan out of the business.

The only witness to the crime, Ryan’s stubborn dachshund, might hold the keys to solving the case. But his attitude toward anything and everything that isn’t his warm doggy bed is less than helpful.

With a local detective and former high school crush investigating the murder, it’s up to Kirby to put together the clues. Otherwise, he’s doing twenty-five to life.