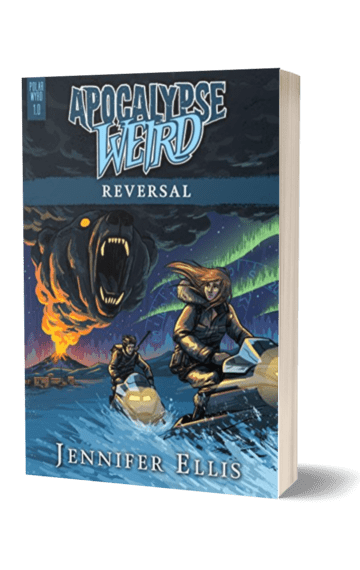 Snow, Volcanoes, and the End of the World

Contrary to Sasha Wood’s expectations, the isolated International Polar Research Station on Ellesmere Island turns out to be an incredibly dangerous assignment. After researchers and sled dogs go missing in a freak storm, distress calls go mysteriously unanswered from the outside world. Cut off and stalked by strange killer polar bears, Sasha and station caretaker, Soren Anderson, must search for their missing colleagues in the frozen tundra as their instruments begin to reveal an incredible truth: The feared magnetic pole reversal has occurred and the north has become the south. Psychotic scientists and giant methane-venting craters are just the beginning of a terrible and weird new reality as the leader of a polar research station down in Antarctica walks out of an otherworldly mist from the other side of the earth. Everything is being turned upside down, literally and figuratively.

The Thing meets The Core on the plains of Ellesmere Island somewhere lost inside the Apocalypse Weird.