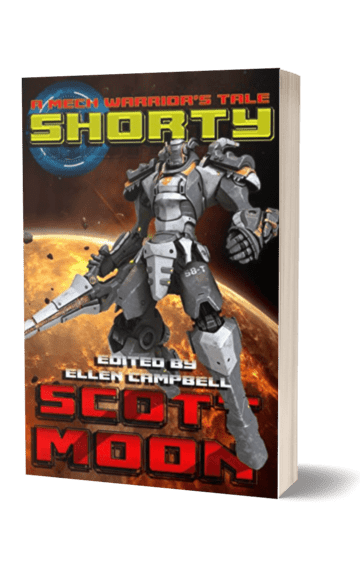 On a planet plagued by perpetual war, where a mech is a prerequisite for survival, there is one simple rule: Be bigger than the other guy or get your ass kicked.

At just seventeen measly tons, Shorty doesn’t measure up. His enemies can level cities and punch holes through mountains. They can reshape the world on a whim. They wouldn’t be caught dead in an overgrown trashcan like Shorty.

But Shorty isn’t interested in the rule of size.

Shorty has a new rule, and he’s about to teach it to everyone.

Ass-kicking doesn’t have a size requirement.