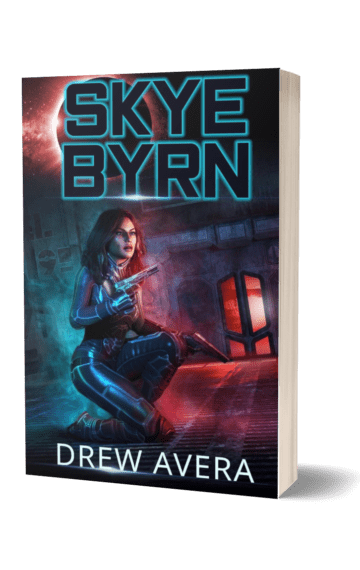 Revenge is a dish best served with two smoking barrels.

Doing a favor for her mentor Sammy P., Skye Byrn runs in one of the usual suspects on Ter, a small time Crunkhead named Trudy, another one of Sammy’s works in progress. Then a crime lord’s bomb rocks the station and Skye’s world will never be whole again.

Determined to find the bomber and put an end to their takeover attempt—and their existence, Skye enlists an unlikely ally, Trudy. As the station descends into madness, she finds herself in the fight of her life. If she fails to stop the takeover, she’ll be just another victim in their growing body count.

Skye brings the heat and there’s no price she won’t pay for vengeance.