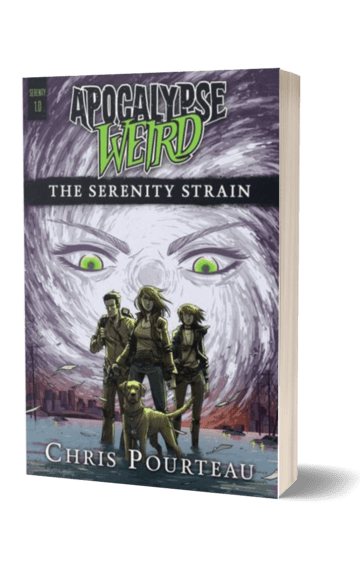 The Serenity Six—genetically altered test subjects for a viral strain known as Serenity—escape the state prison in Huntsville to gorge their appetite for murder on society’s survivors. They soon become the acolytes of Id, a being of immense power and wanton appetites, who steps into our reality to prosecute mankind and destroy morality. And one family steps up to the fight—a family experiencing its own turmoil caused by a contentious divorce.

The Stand meets 28 Days Later in this epic tale of genetic manipulation gone awry. There’s no such thing as an ordinary hero.