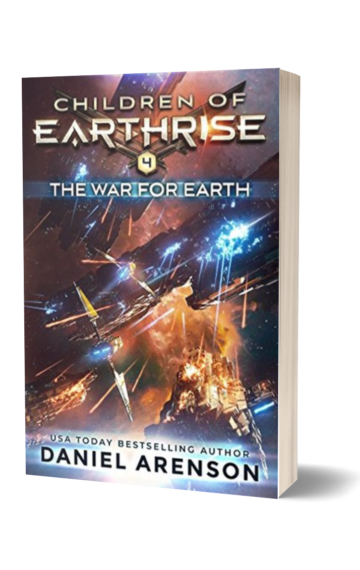 The basilisks. Giant serpents from deep space. Their true name is unknown. Their homeworld is cloaked in shadow. But one thing is certain: They’re killers.

And they vow to kill us all.

We humans have only just returned to Earth. For centuries, we lived as refugees among the stars. Hated. Hunted. After a long war, after devastating losses, we began to resettle our world. Only to find it swarming with monsters.

The basilisks show us no mercy. They constrict our children like boas, shattering their bones. They devour our loved ones, digesting them alive and screaming. Their starships hammer our colonies, destroying all that we’ve built.

They’ll never stop. Not until we’re all dead.

But we did not survive so many hardships to give up now. Our hope still burns bright. We will fight the basilisks. We will defend our planet. We will win the war for Earth!