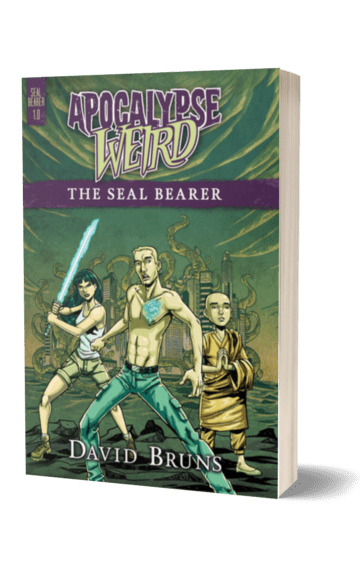 In the lucky 13th installment of Apocalypse Weird, we take the apocalypse to Asia…

For billionaire gaming tycoon Trent Baird, the in-and-out business trip to Singapore was just a blip in his otherwise self-absorbed existence. Do the deal and get back on a plane to LA.

But when a global pandemic traps him on the island nation, the situation goes sideways fast. Martial law, rumors of zombies, and a girl named Karma, who claims the tattoo on his chest is a talisman in an ancient war against evil. Abandoned by his friends, Trent takes the only escape option left—a thousand mile overland journey to a mysterious hideaway deep in the Himalayas.

As he fights his way north, Trent faces the awful truth. He is the Seal Bearer, and dark forces are coming for him.